Make A Move Toward More Happiness In A Few Minutes! When you're in a funk, you know it.  When you are stuck and stagnant, you feel it.  And when you're caught up in your emotions, you sometimes feel…

Our weekly podcasts cover all aspects of SoulConnection Wellness. Tune in weekly on Wednesdays for our 15 minutes podcast discussion on Creating and Living A SoulConnected Life. 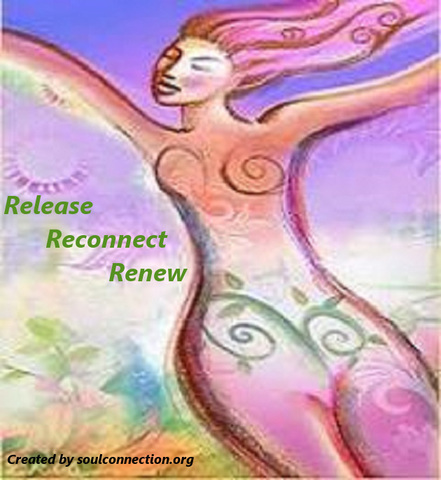 The SoulConnection Wellness eBook Series has been created to address areas of spiritual development and growth.
The forth of 12 eBooks in our Wellness Series, "Embracing Ritual" will be available
October, 2016 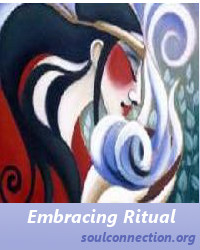 SoulConnection encourages all visitors to support local and national charities.

What Is Space Clearing

Space clearing means clearing the space on an energy level. It is an ancient art practiced daily in many old cultures - from India and Bali to Peru and Morocco - and there are numerous ways and materials used for space clearing.

The reason behind the need for space clearing is simple: just as on a physical level you see the dust and dirt accumulating in your home as a result of daily activities, the same happens on an energy levels. You may not see the "dust and dirt" of human emotions, but they do accumulate in any space, so it is best to clear them out regularly.

Generally, it is recommended to do a thorough space clearing session at least once a year in your home, or after intense events with negative energy, such as a divorce, for example. It is also very important to space clear a house that you just moved in, especially if it is a foreclosure home.

Space clearing involves intention and is done to clear and revitalize the stuck energies that become imprinted over time in the walls, furniture and other objects of the spaces we occupy. It involves the use of various techniques such as smudging, clapping and belling, done in a specific way and a specific order to release the stuck energy.

Clutter clearing is one of the recommended steps to prepare for space clearing. It involves clearing excess physical objects from a space to allow better energy flow.

Energetically, everything that ever happens in a living or working space goes out in ripples like the effect of a stone being dropped in a pond. It is recorded in the walls, floor, ceiling, furniture, and other objects in the place. It gets imprinted into the very fabric of the structure. Repetitive actions and behaviours are deeply imprinted, and events accompanied by strong emotions or trauma are the most strongly imprinted of all. If you've ever had the experience of walking into a room after there has just been an argument, you know that you can literally feel it hanging in the air. People sometimes say, 'You could have cut the air with a knife!', meaning that the atmosphere was so dense it was as if the argument were physically tangible.

The residue of these energy ripples accumulates around the edges of a room, and it builds up, particularly in corners, and in nooks and crannies. If you're reading this inside a building, stop for a minute, look up, and imagine what the place you are in would look like if it had never physically been cleaned since the time it was built. Imagine the build-up of dust, cobwebs, and so on. The worst areas would be in the corners and any small pockets of space between objects and items of funiture. Of course no-one would ever want to live or work in such a space, but on an energetic level, that is exactly how a room looks and feels if it has never been space cleared.

Everyone creates a certain amount of energetic gunge on a daily basis, which leaves a residue in their homes in the same way as everyday living creates cleaning and tidying on a physical level. As Jane Alexander so succinctly put it in her article about space clearing, "Most of us are probably living in the psychic equivalent of a rubbish dump".

how often does space clearing need to be done?

Do a full space clearing at least once a year, or sooner if you have a major life change such as starting or ending a relationship, career, serious illness, etc. If you have a very busy life or are going through a difficult time, then do maintenance space clearing every 3 months or even every month if you feel a need.

Sacred Space: Clearing and Enhancing the Energy of Your Home by Denise Linn